Thank you for your patience while we retrieve your images.

ALLEGIANT STADIUM layered is a time-lapse compilation of hundreds of photographs, shot over the span of nearly 3 years from the same location on Russell Road. I began in November 2017 when the site was a large dirt field, returning about every 2 months until July 2020, as the colossal construction was nearly completed.
This is my 4th mash-up in a series of major builds that have changed the face of Las Vegas.
As in CityCenter (2006-2010), Highroller (2014) and T-Mobile Arena (2015-2016), the elaborate process uses a mix of dynamic realism and colorful surrealism to create a unique artwork.
Armand Thomas, July 2020
armand thomas photography 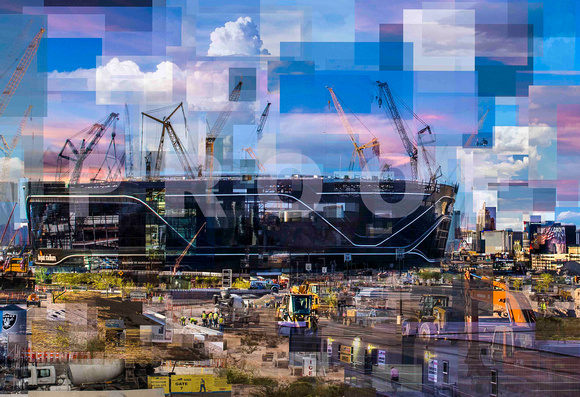