Montreal is celebrating its 375th birthday this year but the grand old dame is thick in reconstructive surgery. Everywhere you look things are being built up, dug out, renovated, bulldozed or just left in disarray for its turn on the jackhammer list. 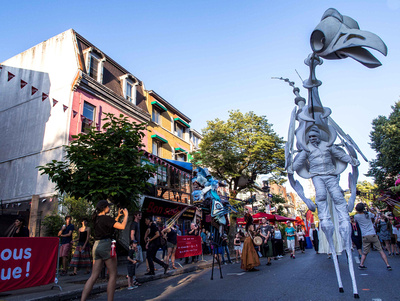 It’s as though a whistle blew and everything, everywhere, had to be done (or redone) all at once, not just imploding freeway interchanges or excavating canyons for more condo towers, but sewer systems in the leafy side-streets, or tennis courts in the central park, or the gravelly path leading up the mountain. Entire new districts, like Griffintown by the canal, seem to have sprung up like glass and concrete mushrooms. I haven’t been back to my hometown for nearly two years and, from some angles, I couldn’t recognize the Montreal skyline. I mean, it’s always a bit crazy in the summer, when the ravages of ice and salt turn the streets into pot-holed slalom courses, making the season a boon for shock absorbers and wheel alignments. But the quantity of unfinished work this year is truly breathtaking – astounding as it is infuriating.

On the bright side, in this incredible disorder on this very special year, with a record number of people visiting, Montreal is clearly declaring itself as a city of the future, no question. “Excuse our Dust” – that should have been tourism ministry’s slogan.

Call it what you want.

Yet one thing remains unchanged, unflappable. 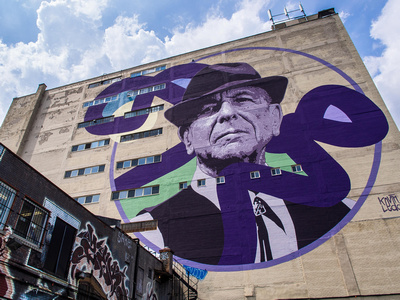 To the mess and chaos and frustration, add: Effervescence. Exultation. Exuberance.

When the warm days arrive, nothing can stomp the Montreal spirit, its joie de vivre, its euphoria.

An old joke says: “There are three seasons in Quebec: July, August and Winter.”

That’s only a slight exaggeration.

Summers are not only short, they are precious, personal triumphs over the interminable harsh winters. There is not a moment to waste. Each day seems filled with ambition, with purpose and levity, a restoration of the soul incomprehensible to anyone who has not endured the cold dark stretch of November thru March.  Summer days could be hot and humid but who’s complaining? The evening air is pierced by cicadas promising a fine tomorrow. Rain literally falls on parades.

Summer is like rapture, attained at big public shindigs or in solitary walks in the park.

You could see it on people’s faces, hear it in their voices when they stop at street corners to chat with friends, straddling their bicycles, unhurried; how they relax on their balconies on sultry evenings, lawn chairs unfolded and beer flowing; how terraces across the city overflow with hardy folk shedding cabin fever.

Montreal is a walkable city, urbane but cozy, fairly safe and very charming; it has a sidewalk culture, where unlike, say, Las Vegas, being out does not mean knowing where you’re going. Chances are there’s something to see, a festival somewhere: Jazz, Dance, Song, Fireworks, Comedy (Just Pour Rire); a festival for Beer, for Murals, for Gay Pride, and even oddly a Lobster festival!

There’s the annual Formula 1 Grand Prix, the Film Festival, the indie Osheaga multi-day music & arts festival, the Tennis Open, pro Football, pro Soccer … but no baseball. Not any more. Honestly how can a team survive playing in a dank, domed stadium when so much indulgence, so many temptations, beckon outside?

Let it all out. Suck it all in. Time is a bubble. 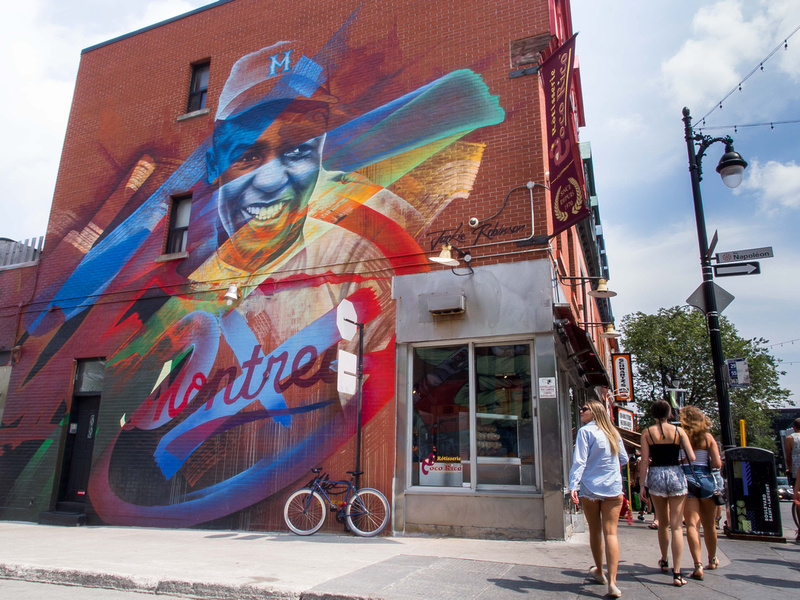 Not surprisingly, this year, despite the inadvertent (and bungled) Construction Festival – Montreal celebrated its 375th with more pomp, particularly around the old town, with large-scale projection shows, historical tributes, art exhibits, street performances, food fairs, music concerts or some sort of revelry liable around any corner.

So happy birthday “Ville Marie”, “City of a Hundred Steeples”, my forever home! As we both age, we both change, and I continue to see you with fresh eyes.

(NB: if you click on slideshow (top-right of page) on a computer, you also get classic Quebecois music!)