The chaos in Egypt is not sectarian.
It does not pit Moslem against Moslem, as in, say, Iraq and Syria. 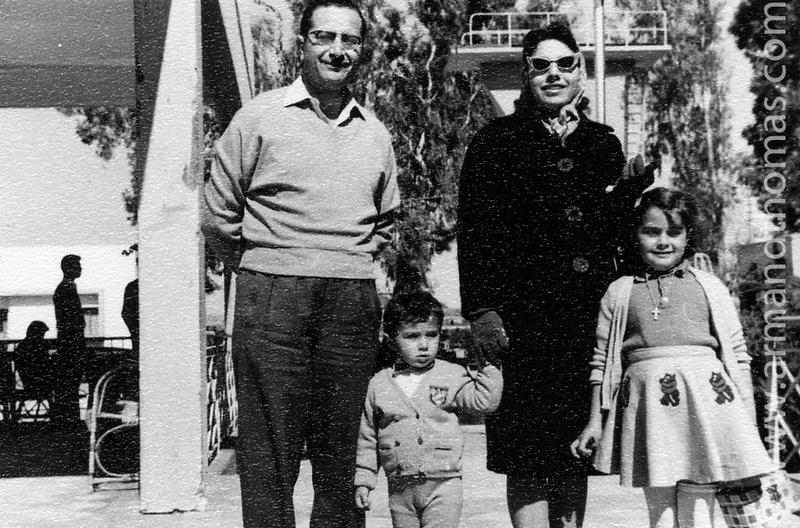 my family in Heliopolis, circa 62

The vast majority of Egypt is Sunni Moslem- to almost 97% of the population.
In Iraq, Saddam was Sunni, but the opposition and majority was Shiite... and old rancors led to the vicious civil war.
In Syria, Assad is a Shiite, and the rebels are Sunnis - different ideologies and different backers vying for power.
Assad cheers the fall of the Morsi government - not because he's supports popular uprisings (ha!), but because he has disdain for the Sunnis.

No, in Egypt, it's about fundamentalism, the rule of law versus the rule of the Koran, and an articulate, sophisticated opposition to demagoguery and autocratic rule.
Simply said, the modern, connected and well-read Egyptians -- even as a minority mainly in Cairo -- were sickened at the thought of overturning a dictator like Mubarak in order to promote a fundamentalistic religious ruler like Morsi.
Egyptians was willing to give the Muslim Brotherhood a fair shake in the last elections, preferring this well-organized and long-oppressed group to finally prove its mettle.

But after one year, it was clear that promises were being ignored and hope for true progress was a delusion.
The world's most populous Arab nation was heading down the revolutionary road of Iran (a Shiite nation) - where Islamic Law primed over a legislative constitution.
That may have been celebrated by millions of devout supporters of the Brothers, who blame the hardships of the past half-century on the secular rule of military leaders: Nasser, Sadat and Mubarak.
But for more liberal Egyptians, the free-thinkers who abhor the dogma of religious rules (in the footsteps of my own parents' generation), the revolution continues in the name of human rights. The struggles must continue if the future will improve.