The palette of Seoul

Quidam, in Latin, means an “anonymous passerby,” and that’s who I’ll try to be as I rejoin my original Cirque show on tour, first in South Korea, then Australia and New Zealand. Over the next four months, I hope to regale you with a BLOGRAPHY – a series of writing and photographs without 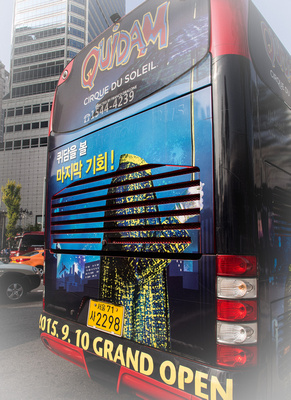 any preconceived agenda. I’m also taking a personal side-trip to Loas in November, while the tour is on break.

So, here we go: prologue in Seoul.

It’s not something you notice straight away.

Traffic in Seoul looks fairly normal, heavy at times, yet always orderly, like so much else in this megalopolis of 10 million inhabitants. Koreans are respectful and intrinsically conformist: commuters line up on the right side of escalators to keep the fast lane open; TV sportscasters bow to each other when their program ends; spectators pick up their own trash when exiting the big top. Courtesy is a collective mentality.

The same sense of civility is true on the road. Not only is traffic tidy, it’s also strikingly affluent with its bevy of luxury cars – gleaming sedans with tinted windows, chromed wheels and winged hood ornaments. There’s nary a clunker in sight. By the look of it, you can tell the economy has been pumping on all cylinders lately. 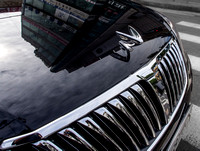 Is that it then? Is this what’s peculiar? Is it the sheer number of Lexus, Mercedes, Audis, Porches and, of course, those high-end Equus - Hyundai's posh combination of limousine

Is that it then?

And then, Bam!… It hits you. Like one of those pixelated eye-quizzes that slowly reveals what is perfectly obvious:

There are no colored cars!

​Just about every vehicle on the road - save for the ubiquitous orange taxis - is black or white or a shade of grey. 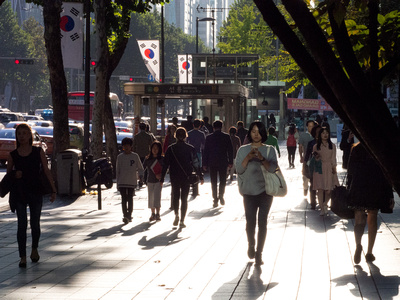 Oh, there may be the occasional beige car, or an audacious dark blue, and every once in a while, outrageously, a maroon in the lot…

But they stand out like the lumps of coal in a snow drift.

I did a little background check.

In Korea, status and social conformity is paramount, and colored cars, it turns out, are seen as flippant and frivolous.

Henry Ford would have loved this.

Hyundai, which accounts for nearly three quarters of all car sales in South Korean, said the three shades make up 98.8 percent of its full-sized sedans sold in the first nine months of this year.

The company’s chairman was quoted as saying: "My personal theory is that, in the premium segment, it's about prestige, and when you have a black or silver car, it looks prestigious."

And in this land of reverence and abiding trends, when a social perception takes hold, it’s like an edict from the Emperor.

Koreans have much to be thankful for – riding a wave of prosperity and an enviable standard of living nearly unrivaled in the Far East.Seoul is a slick and modish capital with gleaming towers and ancient temples; a place of youthful energy and innumerable coffee shops; fashionable women tote Chanel handbags and dapper businessmen strut in finely pressed suits.  Things run hyper-efficiently, crime is quasi inexistent, commerce is thriving. 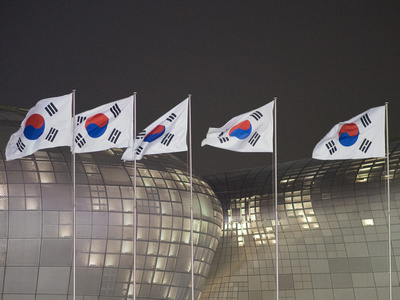 I’ve only been here for one month, and can’t pretend being an authority on modern Korean society - but something sure seems amiss.

For all the virtues, there seems to be a palpable sense of repetition, of numbing conformity, as if decency is programmed, clean but flat and laced with that inscrutable Asian righteousness, a sort of success bereft of warmth and somewhat monochromatic - like the cars.

Coming soon – a new Seoul photo gallery on this website.