Three photographs of Gamal Abdel Nasser hang at the entrance of a small pharmacy, one block off Tahrir Square. Like the shop itself, they are dusty and unchanged in some 50 years. Nasser, the general who led the 1952 coup that overturned King Faruk’s monarchy, is a national hero - a symbol of Egyptian pride and self-determination. He nationalized industry, broke the yoke of colonialism, and gave pride and identity to a new republic. To my father, for one, he embodied the reason to leave the country. “Do you know who that is?” asked the young man behind the counter as I snapped a picture of the photographs. “Most foreigners don’t.” I feigned surprise for a moment. But with a single word in my mother’s tongue, I revealed my Egyptian roots. “Tabhan,” I said. Of course. The young pharmacist smiled back knowingly. We were instant brothers. “My parents were fond of him,” said Sarek, who now runs the shop after his father retired. “Nasser was a strong man. He meant well. Most of the world doesn’t see him that way; he was not always clean. But compared to who we have today…” He let his sentence trail off into an awkward pause. It’s not advisable to criticize the government in open public – particularly its president. So I went for it: “You mean the Mubarak regime?” I asked. Sarek sized me up and said, “These men in power today, they are not good. We the Egyptians, we don’t deserve this shabby life.” Shabby. The word was perfect. 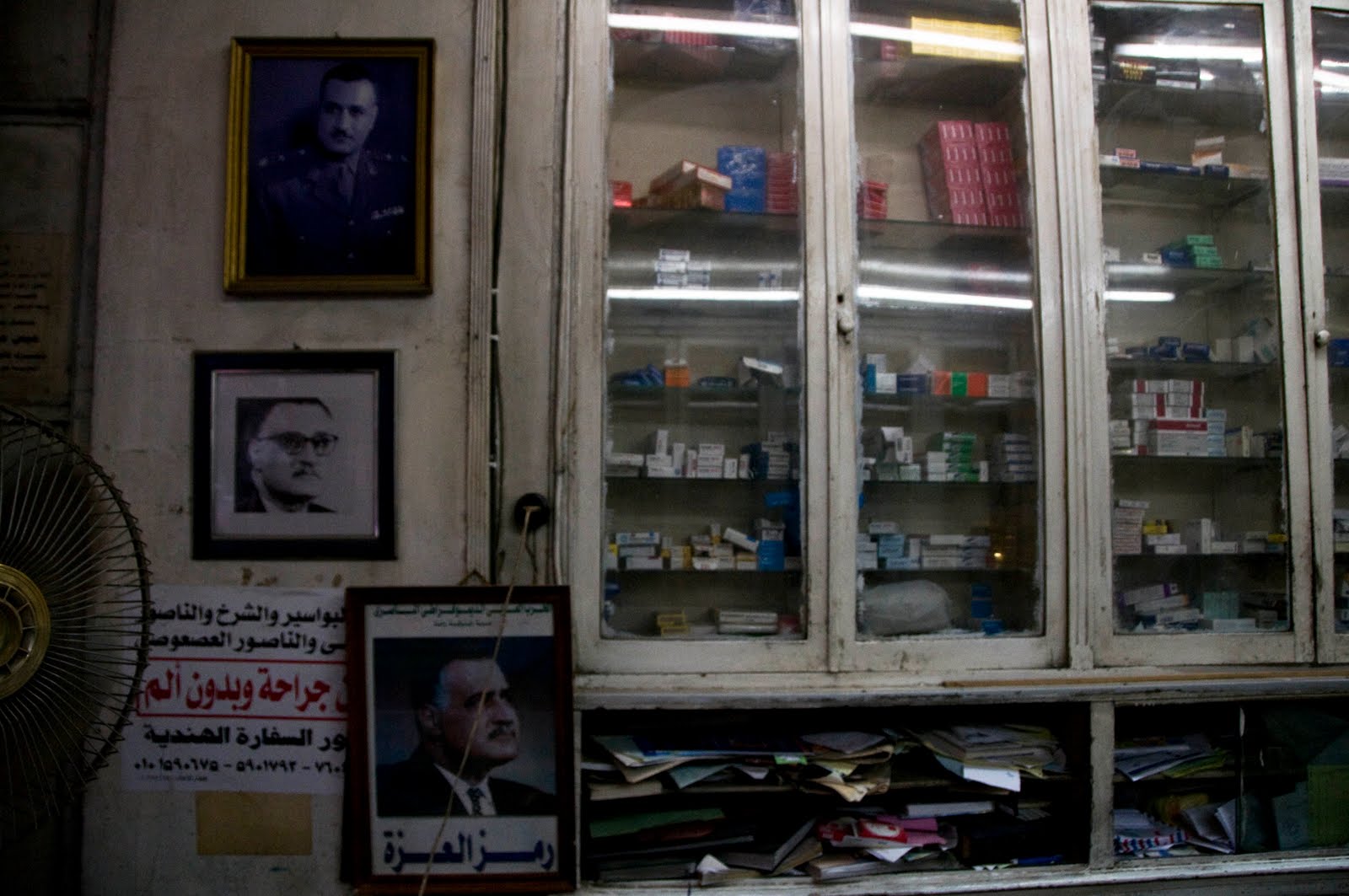 
This was December 2, 2010. It was my second visit to my native land since immigrated to Canada in 1965 at the age of 6. I was born into a middle-class Christian family; my father wore a suit and tie to work as a manager of a suburban movie house. My mother wore fashionable Rita Hayworth dresses and dabbled in local theatre. We had a Nubian nanny and often went swimming at a private club up the street from our apartment. Life was good. By the middle of the last century, downtown Cairo had been built with elegance and splendor, its architecture rivaling any European capital in style and grandeur. Old timers still call them the “beautiful years,” an era of pride and panache. Of course, not all classes of society shared this viewpoint. Privilege belonged to the few, and the masses itched for reforms. With Nasser’s overthrow of the monarchy came changes. Nasser may have been a heavy-handed bully, pushing for land reforms and expropriation of industry. But his regime promised to benefit the swelling populace, and was welcomed with optimism and support. But Egypt’s first modern-day revolution was destined to fail. Year by year, the principles of fairness eroded, giving way to the usual scars of a military dictatorship: corruption, autocracy, repression. A large swath of country’s intelligentsia left (or fled) in the decades that followed, taking with them not so much wealth as knowhow. The Egyptian diaspora in such places as Australia, Brazil, the United States and Canada abounds with engineers, doctors, scholars and entrepreneurs – a brain drain that stunted Egypt for at least two generations. For many Christians, it was a growing sense of religious discrimination that prompted a desire to leave. My mother recalls waiting in line to buy vegetables at the market, and when her turn would come, the Moslem vendor would ignore her – a petty slap in an ingrained grudge. The Moslem masses had grown weary and defiant; the pendulum had swung. And although the new regime remained secular on paper, Islamic power was on the rise “We emigrated to give you and your sister a better life,” my parents reminded me. “What you will see today, it’s not the Cairo we knew.” 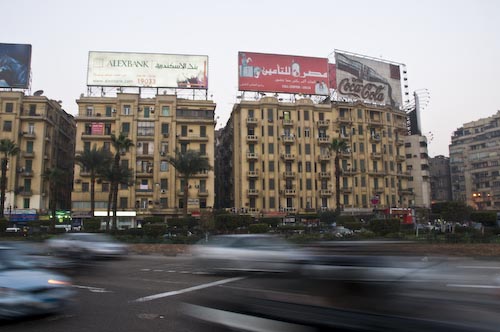 Their words of caution rang in my ears during my first visit, back in 1994. I understood immediately. Cairo is a crush of humanity. There were some 3 million inhabitants in my parents’ days – there are now nearly 20 million. It’s a beehive of activity, a cacophony of sounds, a dizzying array of sights and smells. The bustle verges on apocalyptic – no traffic lights to speak of, a mad frenzy of bumper-cars squeezing into every nook and cranny of pavement. And yet, nary a fender-bender – it’s as though everyone is accustomed to the mayhem. Egyptians are accustomed to dealing with frustration with the patience of Job. That’s what struck me 17 years ago. There was a sense of humor in the air, a kind of quiet acceptance that underlined the sweet nature of the people. Egyptians are, by and large, exquisite in their hospitality, convivial, charming; a theatrical lot who enjoy whimsical turns of phrase and a good joke. This is true whether in the old medieval quarters of the city, or in the luxurious upscale neighborhoods, whether in traditional galabeya or Western wear, they carry on with steady poise and cleverness that defies the daily grind. They make do. Visitors to the capital suffer mainly from the sensory paradox of being utterly flummoxed one moment, to being wholly seduced the next. That, besides being the cradle of civilization, is what makes Egypt great: its people. And it’s in their eyes that I noticed the marked change when I returned last December. Gone was the glint, replaced by fatigue, anger and disgust. The city itself had aged badly in such short a time. Black soot on the gorgeous buildings had caked thicker; facades were in shameful disrepair, sidewalks were broken, parks were crumbling, traffic went from heavy to infernal, litter blew and garbage reeked and an alarming sense of indifference seemed to have taken hold. 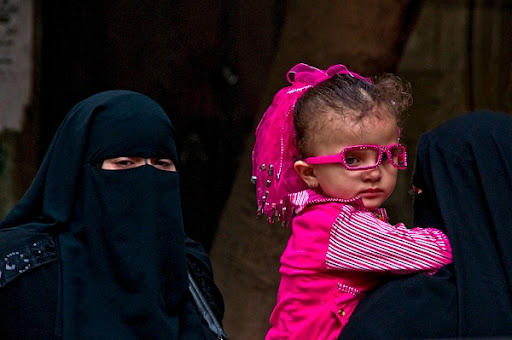 I befriended a 60-something man in front of his dry-cleaning shop. He had returned home to Egypt a few months back from Kuwait, to be close to his grown children. To his regret, they hadn’t wanted to leave with him. I shared my personal story with him, and lamented I had nearly lost all my Egyptian growing up in Canada. “Good!” he chided at me. “You’re better off there. And if you ever come back here, I’ll strangle you myself!” He was sharing his sorrow in typical dramatic flair. “This country is ruined,” he said, kicking a discarded plastic bottle into the gutter. “It will never be fixed.” Signs of such despair were many. Playfulness was replaced by grumble. There was an undertow of irritation that I sensed, but could not imagine the extent. Deference to authority, and to the police in particular, colors the social fabric. I wasn’t surprised to be scolded with yells of Mamnouh! (Forbidden!) by officers for pointing my camera at seemingly innocuous subjects: statues, churches, university grounds, museums, the Metro entrance… The Police have always liked to flex its muscle in public. What surprised me was how jumpy they appeared; that, and how fed up the populace had become, and how the simmer felt like it was coming to a boil. Or was that merely my wishful impression in hindsight? The events that began last January 25 were nothing short of exhilarating. And the uprising that swelled the eyes of the world was nothing short of mesmerizing. 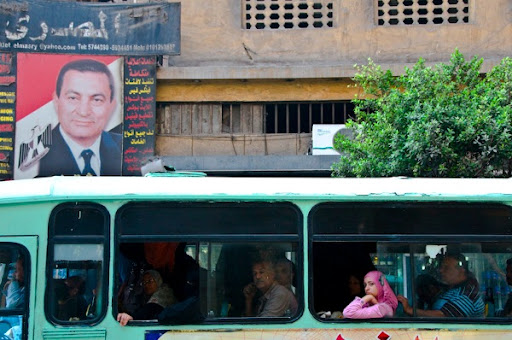 
Nasser perhaps meant well at the start of this sorry saga; Sadat may have done better had assassination not stopped him; but Mubarak, now there was a soldier who mistook himself for a Pharaoh. Like typical tyrants, his dyed-hair portraits watch over the country not from devotion but from megalomania. When the world thinks of Egypt, it thinks mainly of the Great Pyramids and scenic Nile cruises – not a totalitarian police state where free speech is banned, human rights are trampled and corruption runs rampant. But beneath the tourist brochures, that’s exactly what it was. Surely, there are geopolitical reasons why this scourge flourished, why it was allowed to thrive. Mine is not to elaborate on that here. Certainly, the earlier overthrow in Tunisia emboldened the Egyptians. The alarming price of food flamed the anger. And the social media of Facebook and Twitter allowed unprecedented connection, even planning. The uprising on January 25 had been scheduled for weeks. But above all, the spontaneous solidarity that ensued stemmed from a visceral need for decency. This revolution was organic not dogmatic, secular not clerical, born out of the need for dignity, not ideology. There were no American flags burning at the centre of Tahrir Square. Long coerced into quiet acceptance through force, lies and fear, Egyptians had had enough. I was never more proud of my motherland. It was as though Egyptians snapped out of their collective stupor, seeing that true change – unimaginable for so long – was indeed possible. Liberty can be infectious when an entire nation catches the bug, uniting the rich and poor, Moslems and Christians, young and old to stand side by side in the name of justice. Such a great heritage deserves no less. And that’s not so shabby, after all. 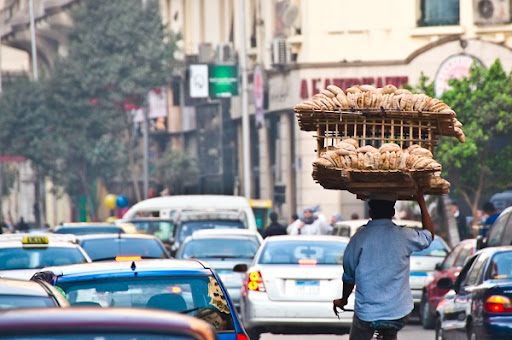